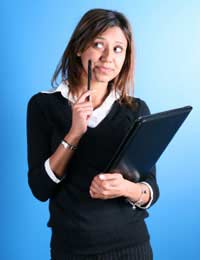 Like women, minorities face challenges in business. It’s not only male-dominated, but it’s also dominated by whites, which creates plenty of challenges for minorities, not only working within companies, but more particularly those who own small businesses.

Interestingly, the real focus in business networking for minorities is on those who own their own businesses, especially on small enterprises (which is the vast majority of businesses). The organisations that exist concentrate on that sphere, and it’s where the government, mostly through various Regional Development Agencies, has put many of its resources for helping minorities.

There are organisations like the ABDN, the Minority Ethnic Enterprise Network, that exist to bring together minority businessmen and entrepreneurs. It’s a group where younger or newer members can come to ask questions, exchange information, and benefit from the advice of others, usually older, from an earlier generation who’ve had to learn how to work within the system and take advantage of it.

There’s a great deal they can offer and teach to young businessmen, and in return they can be shown new ideas – the essence of marketing. From that they can increase local and regional economies and help members develop skills they might need.

Some organisations are local, others regional, but in all major cities with a strong minority population – which is essentially every city these days – there will be something similar. Some are for specific minorities, like the African Caribbean Business Network, while others cover all minorities.

There are also networks around the country aimed specifically at minority women in business, who, of course, face a large number of additional problems.

Of course, this isn’t to say that networks don’t exist for minorities who work in business for other people, but they’re actually quite few and far between. In business networking for minorities, the emphasis remains very strongly on enterprise and small business.

What Networking Can Offer

The people who head up the networks and business councils for minorities these days are those who essentially had to pioneer their way through the British system when they began their businesses a few decades ago. They know the problems and pressures that are specific to minorities in business, which often relate to an innate distrust, if not subtle prejudice from mainstream business. It’s unfortunate, and shouldn’t happen, but it does. These days, however, it’s possible to set up an entire supply and distribution chain within minority businesses – and networking can help establish that.

Far more, though, minority networks allow for an exchange of information and services – someone might be looking for an accountant, for instance, or a sales rep with contacts in the minority community in another city.

Ideally, there would be no need for minority networking, and everyone would be on a level playing field. The fact that these networks exist is an admission that things don’t work that way, and that minorities, both as businessmen and consumers, have needs that the mainstream doesn’t address. Many of the organisations are working to break down these barriers, and it’s to everyone’s advantage if they succeed.