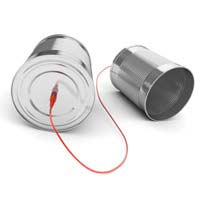 The idea of business networking can seem terrifying to some people. It can appeal, but actually starting to do it as something new can be very daunting. Yet it’s vitally important to business these days, a great way to make contacts and increase business without a lot of cold calling.

Yet it’s actually quite easy and painless. Ultimately all you need to do is attend a networking event and begin making connections for yourself and your business.

The Advantages To Business Of Networking

As the old saying goes, it’s not what you know, it’s who you know. Networking takes that idea and makes it work for your business – and every other business with which you develop connections.

You can help each other and generate new business not only for yourself but for each other. That’s the very heart of networking.

Any method that generates new business is good, and networking, which includes referrals, is especially helpful because it means you arrive with a recommendation, a big advantage over cold-calling, the thing almost everyone dreads. More than that, networking can help establish you and your business as a vital part of the business community, and give you the opportunity to show yourself as a leader in your field.

What Steps Should You Take Towards Networking?

When you attend your first networking events, you don’t need to do a lot, although obviously the more you’re involved and the more you circulate, the more effective it will be for you (if you have a new business, networking can be vital, not only to expand contacts but simply to let people know about the business itself).

The chances are you’ll attend because you’ve either received literature about the event or been invited by someone you know through work, either a colleague or someone from another company. In the first instance, introduce yourself to the organisers and find out the way the event is run. It might be quite casual with people circulating and talking, or more formal with people offering very brief presentations about their business (especially useful if you’re a new business). If you’ve gone with someone you know, stick with them initially and let them introduce you to people.

Don’t be afraid to talk a little. That can be hard for some people, but just ease yourself into it. Remember, everyone’s here for the same purpose. Try not to spend all your time talking to just one or two people. Networking events offer the opportunity to meet lots of people.

Have a pen and plenty of business cards with you. Hand out cards, and when you receive cards from others go ahead and make brief notes about the person and the business on the back as a memory aid.

It’s worth remembering, too, that networking isn’t limited to these events. Everything is a networking opportunity, whether it’s asking someone for a referral or chatting to someone in a supermarket line. The more pro-active you are, the greater each opportunity becomes.

However, none of it matters without follow-up, and in your first steps towards business networking, you need to make sure you follow up conscientiously. Call or e-mail the people you’ve met; it can be just a quick note to say how much you enjoyed meeting them, or there might be points you want to discuss further.

Business doesn’t just run on broad strokes, the details are even more important. So pay attention to them!