Home > Networking Skills > How To Be Sociable When Networking

How To Be Sociable When Networking 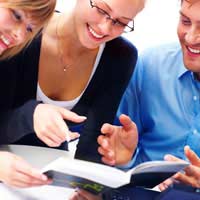 To network properly, you need to be sociable, comfortable in gatherings and with talking to strangers. That's not easy for some people, even for a few who make their living in sales, which demands a fairly outgoing personality.

Unless you're willing to put yourself forward, you're never going to network successfully. At times it might seem like an impossible task, but you can do it, and even begin to enjoy it. So much of it lies in the attitude with which you approach things.

That doesn't mean you need to be the life and soul of the party, talking all the time - if anything, those are the things you shouldn't do. But there are techniques that can help you to become more naturally sociable.

You're sure to know people who are quite gregarious and outgoing. Study what they do and try and make some of it part of how you behave. That doesn't mean copying them, but picking up ideas that will work with your personality.

Learn to listen to what people are saying and respond to it. Being sociable isn't about talking, it's about interacting, and a lot of that is listening and paying attention, and being interested in others. Develop that side of yourself, and you'll find that conversations will flow far more naturally.

Become part of a group at networking events, rather than being on your own. People will talk to you, and once again, conversation will happen without seeming forced. You might have to push yourself a little at first, but it will become easier after a couple of minutes. Make yourself join in - you'll quickly discover you enjoy it.

You can train yourself to become more sociable. When someone invites you to join a group for lunch, say yes rather than going out to eat alone. If you're popping out to a café, invite others to join you, too. Take that first step to initiate conversations. Don't be afraid to say yes to things - it can become a great adventure.

You have to believe in yourself, and develop confidence that you're doing and saying the right thing. Become a more positive person - that will affect the way you look at life, leaving you happier.

No one is saying that coming out of your shell is easy, or that it will happen overnight. It takes time and effort to blossom. But many others have managed it, and you can, too. Being more outgoing, and far more willing to talk, makes you an effective networker, which is the aim of the exercise, after all.

What Not To Do

While there are tips to help you, there are others to stop you going too far. No one wants a person around who's always making carping, critical comments, for example. The occasional light comment is fine, but don't go beyond that.

There's also no need to dominate a conversation. It's meant to be an interaction, but if you hijack it, you'll discover you won't win many friends. Talking all the time is annoying to others. All it means is that you're trying to either show off or overcompensate for your shyness. Also, don't be a snob. Join in and don't be stuck up - that's a very unattractive trait.

You'll find, if you follow these simple guidelines, that it will become easier to be more sociable, and your networking prowess will increase dramatically.